“Painted,” the jagged opening track to New York-based dup MS MR’s second full-length album How Does It Feel, seems to begin in medias res. Amid a sudden explosion of sound, singer Lizzy Plapinger repeats “What did you think would happen?” Surely one can assume that the odd rhythmic shifts and striking repetition in “Painted” were intended to add up to a gripping opening, but instead there is a certain uncomfortable slackness to it that spreads throughout the record.

In 2012 MS MR suddenly became darlings of indie music blogs with the release of “Hurricane,” a sultry indie-rock slow-burner that still holds up now. It quickly became apparent though that MS MR had grander ambitions than just indie success. The duo were once described as shadowy, but How Does It Feel is anything but.

Producer Max Hershenow, the foil to Plapinger’s anguished starlet persona has made a set of songs that are in ultra high definition. Every swell of strings, dramatic drum fill and resonating piano key is clear as day, and at the centre of the maelstrom is Plapinger’s husky, emotive voice. The problem is that it feels as if she can’t keep up. Some respite comes with moments like the intro to “All the Things Lost,” which allows the singer to inject some light-and-shade into one of the record’s quietest moments.

For the most part, though, How Does It Feel offers empty dramatics with little payoff. It’s not that these are bad songs, but it’s just that Plapinger can’t be an engaging presence when she’s constantly being drowned out, and the songs for the most part don’t have hooks to back up their bombast.

There are exceptions. “Criminals” features a head-nodding disco inspired beat and a refrain made of hurdling triplets and it works pretty well, even if it’s not the kind of song that will beg you to return to it. Later on, “Tripolar” is a strutting blues number with enough groove and restraint to let Plapinger, who is actually a very able singer, do her thing.

How Does It Feel seems to capture MS MR at and awkward moment. It’s telling that this is their first release to feature the duo on the cover, but the intriguing Madonna meets Kraftwerk glamour of the cover shot doesn’t really carry through to what’s contained on the album. The album is unfortunately bland and faceless. It feels like a contrived attempt to push through to a bigger audience, but in streamlining their sound, MS MR have lost their personality.

How Does it Feel is out now on CD, vinyl and digital formats. MS MR are performing at The Metro Theatre on July 25. On November 7, Banks self-released the album in collaboration with production company Prospect Park, a move that was met with huge excitement all around the world. On their second record it seems like in attempting to change their sound, Purity Ring are no longer setting trends but following them instead. 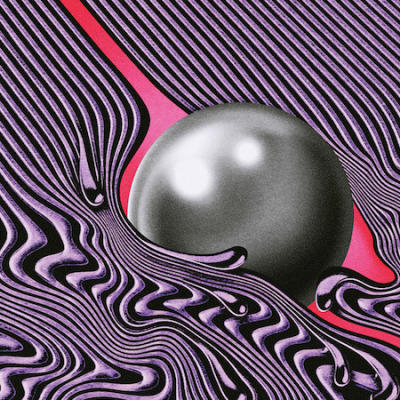 Summertime ’06 establishes that it is no celebrated summer, no nostalgia-driven remembrance, but a look back on a life that could have taken a very different path. Enigmatic indie pop duo MS MR are making their second appearance at the massive Splendour at the Grass Festival at Byron Bay.