Bands making a second album face a frustrating conundrum; Do they push forward into new territory and risk alienating fans of their first album, or do they stick to a signature sound and risk being accused of following a formula? For Melbourne band The Paper Kites, approaching the second album sounds as if it was kind of easy. On twelvefour, the band find new dimensions to their sound and achieve a workable balance between exploration and familiarity.

Paper Kites frontman Sam Bentley explains that he wrote the album between the hours of midnight and 4 A.M., hence the mysterious lowercase title. The late night vibe of the record crackles with the energy of computer screens in dark rooms, or headlights cutting through the night. In keeping with the bleary-eyed vibe, there is a subtle neon lit sheen to everything that is very artful and becoming.

The band travelled to Seattle and worked with producer Phil Ek, whose impressive resume is a veritable “who’s who” of indie rock. It’s impressive then, that The Paper Kites still stand out from the crowd. Immediately from the opening notes of first single “Electric Indigo,” it becomes clear that the depth and warmth of the track is Ek’s work, but the passion of the distant, reverb-soaked guitars and the lovely vocals are all the work of the Kites.

Tracks like the country-tinged “Renegade” or the lugubrious folk strummer “I’m Lying to You ‘Cause I’m Lost” show that this is still the work of the same band that made 2013’s States, but the highlights of twelvefour are the songs that experiment more with texture and tone. See the deeply echoing and goergeously melodic “Revelator Eyes” and its motorik drums for proof of the pop music magic of which this band is capable.

Perhaps the finest song on the album is the delicate and ghostly “Neon Crimson.” Full of gentle acoustic guitar arpeggios, hovering electric guitar leads and shadowy harmonies, it shows a smart band that can strip down their sound without resorting to cliché or losing their personality. Compare it with the fingerpicked reverie “A Silent Cause,” which is lovely, but far less memorable.

The energy drops in the album’s second half, which could have proved fatal were it not for the astonishing closer “Too Late.” Arriving on a miasma of synthesisers and a steady, slow-burning beat, the song is a masterful exercise in tension and emotion. There is as much going on in the silences between the notes as in the notes themselves. Atop this gorgeous backdrop Bentley’s soft and tender tenor wobbles with the passion of a confession told to the listening darkness.

In its quieter moments, twelvefour has a tendency to drift away rather than commanding attention, but that can be forgiven when it’s as luscious and lovely as it is. It’s a confident and smart record, and while it doesn’t really break new ground, it re-affirms that The Paper Kites know exactly what they’re doing and who they are. They’ve emerged unscathed from under the weight of expectation with this set of ten gorgeous songs.

twelvefour is out on CD, vinyl and digital formats on Friday August 28. 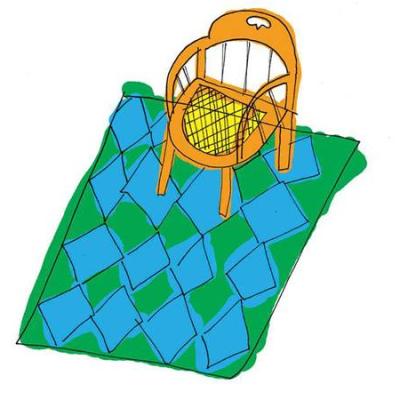 You might think that Melbourne band Forest Falls are just another group of out-of-time folkies, but refreshingly there is a lot more to the band’s sound than just acoustic guitars and pretty harmonies. Josh Pyke: But For All These Shrinking Hearts

Not every song is absolutely killer, but at its worst But For All These Shrinking Hearts is merely pleasant.

The Tallest Man on Earth: Dark Bird Is Home

The good news is that while Dark Bird Is Home similar in sound to its predecessor, it shows a better sense of balance.

Following the album release, The Paper Kites will head out on tour, including a stop at Sydney's iconic Metro Theatre.